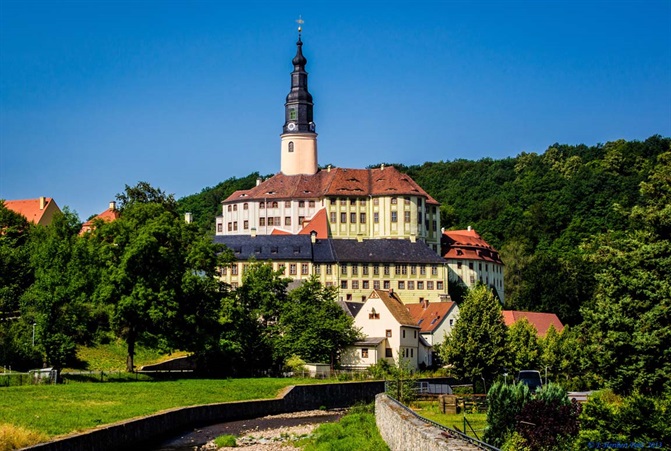 
Saxony is one of 16 German federal states and is located in the east of Germany. It borders the federal states of Bavaria, Thuringia, Brandenburg and Saxony-Anhalt. In addition, Saxony borders with Poland and the Czech Republic. This neighborhood also has a strong influence on language, culture and food. The state capital of Saxony is Dresden.

The landscape of the Free State is very diverse. It offers mountains like the Ore Mountains and the Elbe Sandstone Mountains as well as green flatland like the Lausitz and large forests. The river Elbe flows through Saxony in the north-west direction. In the heart of Saxony are also some lakes. The beauty of the landscape is protected by various natural parks. The climate in Saxony is temperate and pleasant, but the winters are in general colder than in other parts of Germany due to its position in the east. 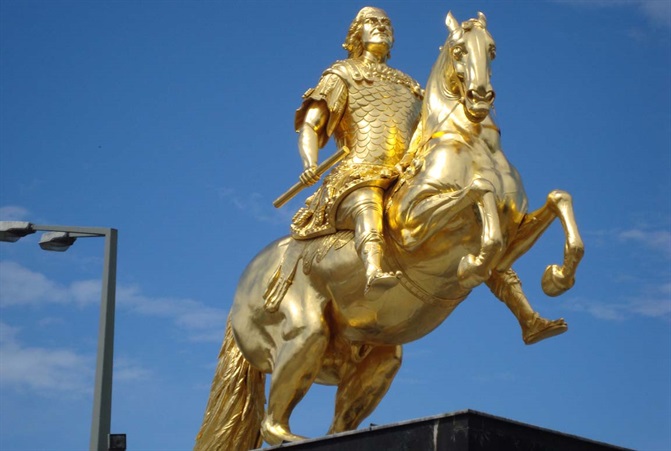 
The cradle of today's federal state is the Mark Meissen, where King Henry I set up a castle in 929 A.D. – this is where the German settlement began. Later, Slavic tribes from the east came along in addition.

These tribes, which had already been part of the principalities’ large families, eventually became bigger and bigger. The aristocratic houses derived from the principalities, who for a long time determined the history in Saxony.

One of the best-known princes of Saxony was Frederick Augustus of Saxony (born on May 12, 1670 in Dresden, died February 1, 1733 in Warszawa, Poland), called "August the Strong." Dresden owes him several baroque buildings like the Dresdner Residence Castle, Moritzburg Castle as well as the Zwinger.

Like many other states in Germany today, Saxony has also emerged from a smaller kingdom of the same name, whose territory and boundaries roughly correspond to those of the state of Saxony nowadays. In 1870, this royal kingdom and other principalities merged and built the foundation for present-day Germany.

At the beginning of the 20th century, Saxony was economically a very successful region in Germany and an important bridge to Russia. Towards the end of the Second World War, several cities in Saxony were destroyed, amongst them was Dresden. During the period of the German Democratic Republic (GDR) from 1948 to 1990, Saxony played an important role due to its proximity to the East and economic strength. After the reunification with the Federal Republic of Germany in 1990, Saxony became one of the five new federal states. Since then, the Day of German Unity is celebrated on October 3.

Already since the time of the Weimar Republic, the predecessor of today's Federal Republic of Germany, Saxony holds the title of a "Frees State", a state which is no longer a monarchy but a democratically governed state, which was officially incorporated into the name of the state after the German reunification. Saxony, due to its size, population and economic / touristic relevance, is seen as one of the more influential federal states in Germany. 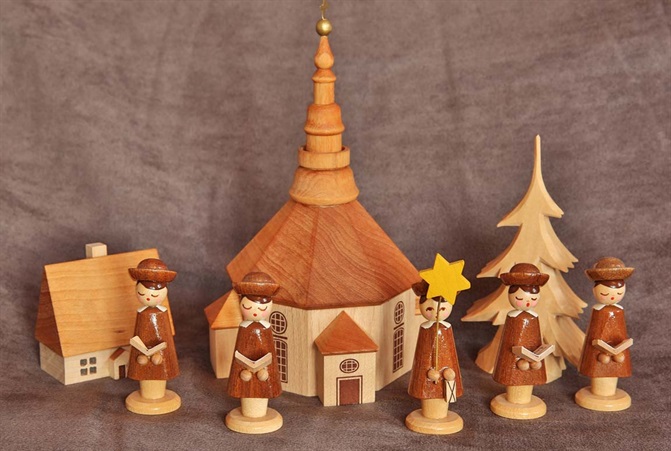 
Over the centuries, many important cultural objects were created in Saxony. The craftsmanship is home to well-known art objects such as Meissner porcelain, Seiffner wooden craftsmanship and the Plauener Spitze. Architecture has created several famous buildings. The Saxon electors have left impressive buildings and art collections. These include historical buildings such as the Dresden Zwinger Palace or the Moritzburg Castle, but also many other splendid buildings. The collection of art treasures as well as important paintings of classical and modern art can be admired in numerous museums. One of the most famous opera houses in Germany is the Semper Opera in Dresden. Many well-known musicians were from Saxony such as Richard Wagner (born May 22, 1813 in Leipzig, died February 13, 1883 in Venice, Italy). But it is not just the cultural heritage that Saxony has to offer. Modern movements, such as those of Expressionism, also originated in Saxony. There are also some famous authors like Erich Kaestner (born February 23, 1899 in Dresden, died July 29, 1974 in Munich) and Karl May (born February 25, 1842 in Ernstthal, died March 30, 1912 in Radebeul), who were from Saxony. 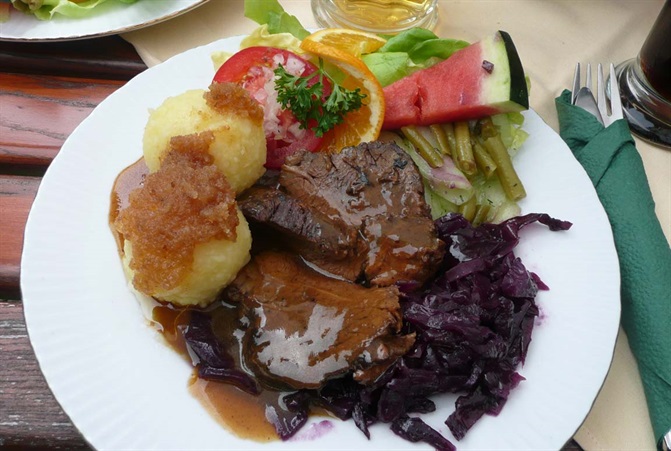 
Saxony is also known for its traditional, very good and rich cuisine. According to today's standards, the Saxon cuisine would be described as very substantial, as, for example, sauces, meat, or side dishes account for a large portion of the meal. Many of the typical roasted dishes or sausage specialties, soups and sweets have a long history but differ from place to place. The famous dishes include marinated pot roast, dumplings or pastries like the Dresden Stollen.Just as traditional as the dishes of the Saxon cuisine is the served beer, since the brewery in Saxony also looks back on a very long tradition. One of the first Pilsner breweries in Saxony is nowadays renowned worldwide. Many small local breweries can be found, which brew the beer according to their own very special recipes.

In these gastronomic establishments the staff often wears typical historical Saxon costumes. As gastronomy is often located in historic buildings, breweries, or cellar vaults guests can enjoy the atmosphere of previous times. 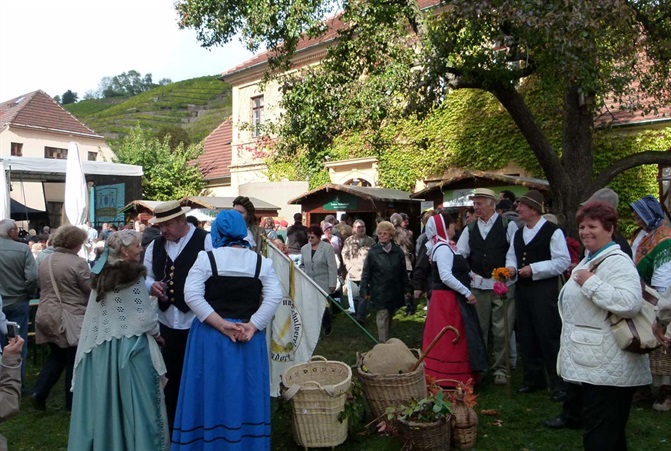 
The population of Saxony is declining because many people are looking for jobs in the western part of Germany. Particularly in the rural regions there are therefore more elderly people. However, the birth rate is increasing again in Saxony. The Saxons are friendly and cordial people who like to help others. Older people in particular are strongly influenced by the experiences of the former GDR. This has resulted in people being strongly linked to tradition and family. Equality between men and women is practiced in everyday life. On the other hand, there is anxiety about the future, social envy and xenophobia in Saxony, even though there is only a 4% share of foreigners.Like many regions in Germany, Saxony has got its own dialect. It is still spoken today by many people, and could be difficult to understand. The Saxon dialect combines many words so that one cannot distinguish them clearly. In addition, everything is softly pronounced, such as ‘K’ as a ‘G’ and a ‘T’ as a ‘D’ and ‘A’ as an ‘O.’ The Saxon also has many specific words such as ‘Nu’ for Yes. Everyone knows the German language, as taught in schools as well as in German courses. In addition, there has also been a growing population from other federal states in Saxony since the reunification of Germany, so nowadays more and more people without speaking the typical dialect can be found.

Advice: Ask the people for a slow and clear pronunciation in High German to reduce the risk of misunderstandings. 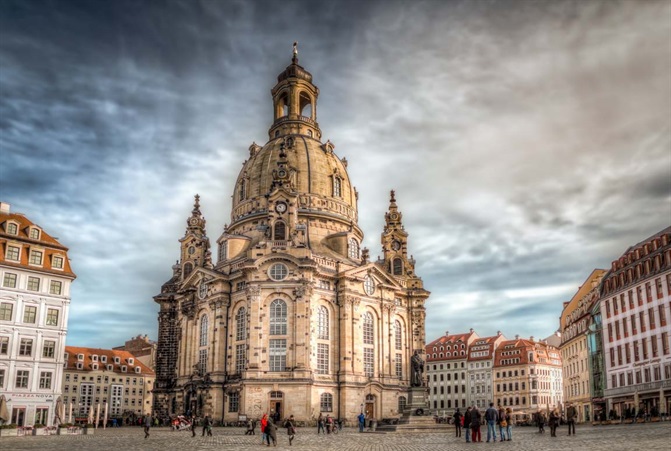 
Saxony itself has historically a very strong Christian tradition, which can be recognized everywhere. Due to the history of the GDR, however, the majority of the population is non-confessional. Therefore, many people are without an affiliation to an official confession of Christian faith but practice the Christian values. Officially, 21% of the population is Protestant and 4% are Roman Catholic. 1.5% of the Saxons are members of the free Christian and Orthodox communities. The Jewish community is represented by less than 1%. The Muslim faith can be practiced in Saxony with the Muslim population in Saxony being less than 1%. 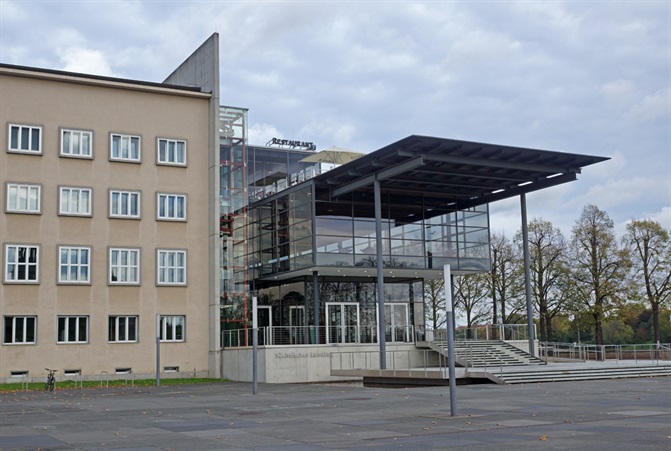 
The organizational administration of Saxony is divided into three district-free cities and ten counties, which itself split up into numerous cities and municipalities. The state capital is Dresden, the other district-free cities are Leipzig and Chemnitz. Dresden is home to the Saxonian government as well as to the Saxonian parliament. The Parliament determines general fundamental directions of political issues. The government of Saxony is elected every five years, with the Prime Minister representing the government. The current Saxon Prime Minister is Michael Kretschmer (CDU, status as of 2019). 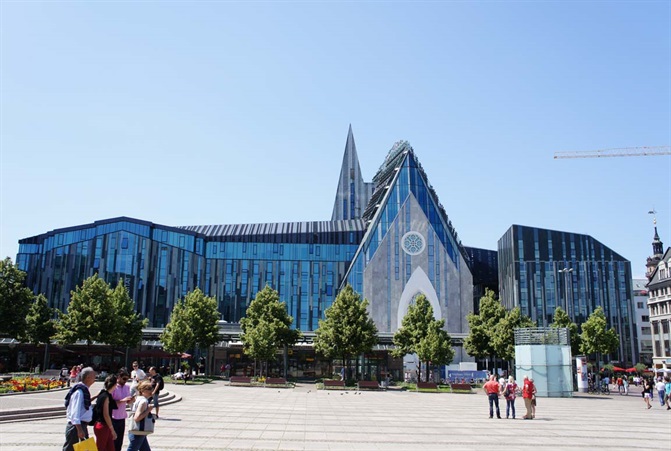 
The Saxonian landscape is suitable for forestry, grain cultivation and had been for coal and silver mining for a long time. Leipzig was the first trade-fair city in Germany. Even today, the Saxon economy is one of the fastest growing in Germany (Source: Statista, The Statistic Portal). The important industry branches nowadays are engineering, automobile manufacturing, transport, logistics as well as microelectronics, biotechnology, the IT industry and trades. Also the tourism industry plays an important role.

In addition to its flourishing economy, Saxony also has a strong education system. The PISA-study has shown that Saxon students are well-educated and amongst the best in Germany. There are many particular fields of specializations at Saxony's universities, such as mining and microelectronics. In addition to the universities, many institutes conduct important and successful research. The TU Dresden has, among other things, the status of an "Elite University".

This website uses technologies such as cookies and the like to improve functionality and user friendliness. These are processed exclusively anonymously (exceptions see link "Data protection details").